If Nebraska Basketball Left the Big Ten Would it Hurt the Conference?

Posted by ethanhennessy on August 12, 2020 in Big ten |No Comments

With the Big Ten Conference’s decision to cancel fall sports news has circulated that Nebraska Athletics was not pleased with the decision, and is entertaining the possibility of playing football elsewhere this fall. Big Ten Commissioner Kevin Warren was asked by Yahoo Sports if Nebraska could play elsewhere this fall, and Warren responded “Not and be a member of the Big Ten” meaning if Nebraska plays football in the fall it can be assumed the Big Ten will kick them out of the conference.

While it is clear the driving force behind all of this is Football since this is Happening Hoops I looked at this from a basketball perspective.

Losing Nebraska, in my opinion, would not hurt the Big Ten. In fact, I believe it would be a net positive for the conference if they lost one of their cellar dweller teams and geographic outliers. It is no secret the Huskers have not been setting the world on fire since joining the Big Ten. The scarlet and cream have posted a 58-108 record in nine seasons in the league while finishing outside of the bottom four of the 14 team conference only twice. The huskers placed 4th in both 2013-14 and 2017-18.

Their woes are not just limited to conference competition. Nebraska is 1-8 since 2011-12 against their in-state rival Creighton. The huskers are 6-6 in the Big Ten’s two challenge series against the Big East and ACC. On the surface this does not look bad, however, they have played half of those games against lowly programs such as Wake Forest, Clemson, Saint John’s, and Boston College. The Big Ten does not seem eager to give the Huskers big games in the challenges, and when they do Nebraska has not risen to the occasion dropping the only two games in which they faced ranked teams. Furthermore, Nebraska is the only Power 5/Big East team never to have won an NCAA tournament game. 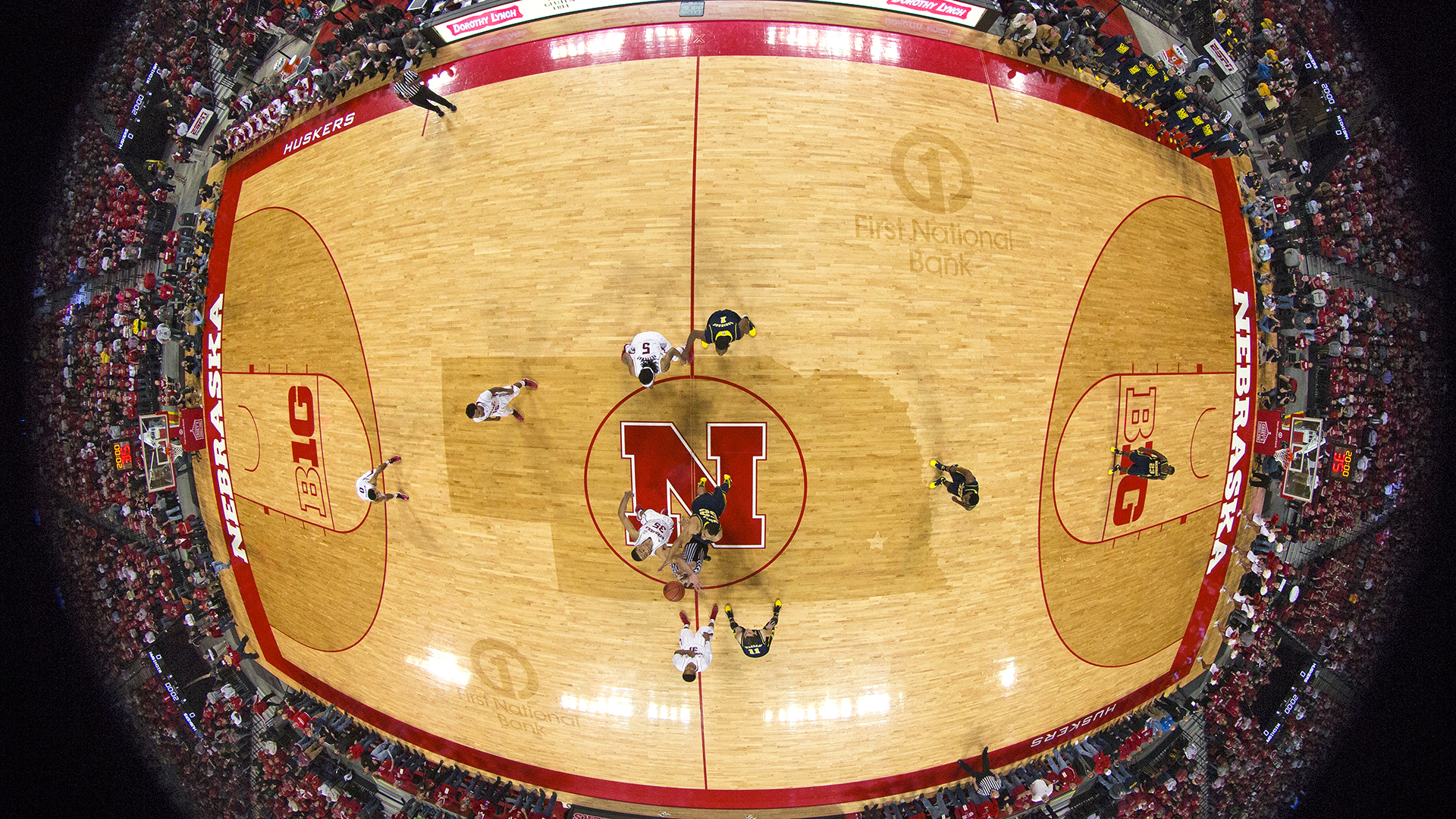 Nebraska tips off a game against Michigan Photo Credit UNL.com

Unfortunately for the program despite the poor results they appear to be trending in the wrong direction. Winning only two conference games which is the fewest since 2010. Now I will give them the benefit of the doubt. Nebraska was doing decent the past few years. In 2017-18 and 2018-19 the program made the NIT before changing coaches. Nebraska brought in a new coach Fred Hoiberg this season, and typically in college basketball it can take a few years for a coach to turn a program around. However, high major teams are also typically not this bad in year one. The Huskers lost three home buy games against Mid Major teams (UC Riverside, Southern Utah, and North Dakota). These were all teams Nebraska paid $70-100K to come to Lincoln.

The reason Nebraska joined the conference was for the TV money associated with the Big Ten Network. Each school gets around 50 million dollars per year. To their credit, Nebraska has spent their money wisely. As an athletic department, they are one of the top schools in the country for putting money generated by athletics back into academics. “That funding is the reason the university was able to recently create a $5 million scholarship program for non-athletes that are completely funded by athletic dollars. With the program, NU will be putting $10 million of athletics-generated revenue directly into academics, the most in the Big Ten and ranking with the very highest in the country.” (Omaha World-Herald)

Geographically Nebraska was always an odd fit in the Big Ten. Their closest conference rival Iowa is over 300 miles away, and the easternmost conference opponents Penn State, Maryland, and Rutgers are all over 1,000 miles away from Lincoln. Distance is less of a determining factor for conference affiliation in a high major league like the Big Ten in which the top budget sports fly charter, but it can still be a factor.

In conclusion, Nebraska has done a great job of using Big Ten money to invest in their academics which is fantastic. However, if the Huskers decide they wish to play football in the fall, and therefore essentially leave the Big Ten from a competition sense and geographic sense I don’t think the Big Ten or its men’s basketball fans will be too upset about it.